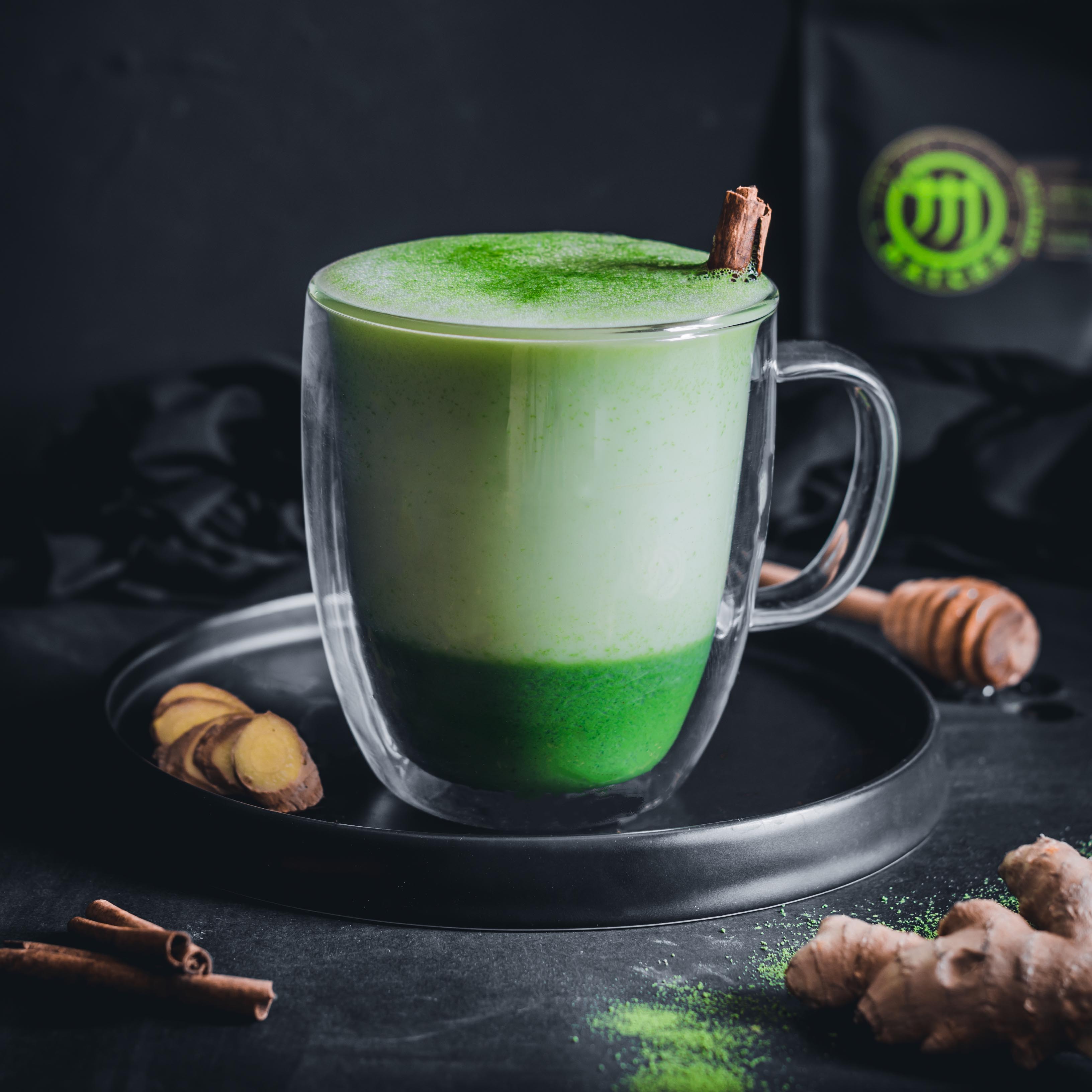 Matcha is literally one of the healthiest drinks on the planet: it is chock-full of antioxidants, vitamins and minerals. It boosts your immune system like nothing else. Catechins found in matcha have antibiotic as well as antiviral properties, thus protecting against diseases.

Not only do the incredible amounts of antioxidants in matcha keep your immune system strong, they also fight free radicals, which help slow down the signs of aging.

The health benefits of matcha powder:

1. it helps protect against the flu: it supports the body's production of T-cells that reduce inflammation and fight pathogens.

2. it has natural detoxifying properties: matcha is grown in the shade, which causes tea plants to produce extraordinary amounts of chlorophyll, that is known to aid detoxification. A body that is not burdened with toxins is more effective at fighting pathogens.

4. it reduces inflammation: the substance in matcha called EGCG helps to stop the production of inflammatory molecules in the body.

The health benefits of ginger:

1. it has an antipyretic effect, it also helps to fight general cold symptoms
2. it increases blood circulation, which is helpful with rheumatic problems or in case of varicose veins
3. it is a natural painkiller and helps ease cramps

Not only do we love this ginger matcha latte for its fantastic health benefits, but also because there is nothing better than cosying up with a hot, creamy beverage while it's cold outside and relaxing while our body and spirit are being replenished. 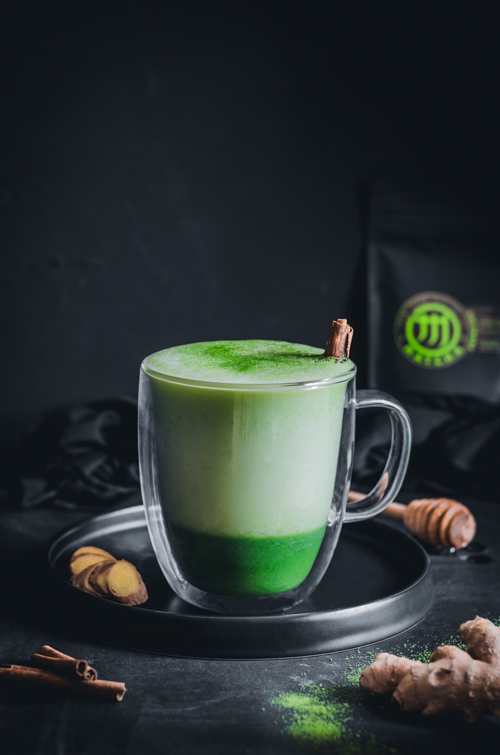 1. Prepare ginger tea: peel and cut ginger to smaller pieces, place it in a pot and boil for about 20 minutes in 2 cups of water. (You can make more to have it on hand for later too :))
2. Place matcha powder, cinnamon and honey (if using) into your cup, pour in about 1/3 cup of ginger tea that has been slightly cooled off (not boiling). Mix until foamy using a bamboo whisk or an electric hand mixer. Add a little more ginger tea.
3. Warm up and froth milk and add it to your matcha tea and your ginger matcha latte is ready to be served.